For more than 50 years, the U.S. Small Business Administration has celebrated National Small Business Week (NSBW), which recognizes the critical contributions of America’s entrepreneurs and small business owners. This year is one unlike the half-century that has come before.

Due to SBA's multidecade relationship with FAI's founder David T. Boddie, prior to its official start, Federal Allies Institute had been vetted and approved to be a National Association Sponsor of National Small Business Week 2008. Both the event and the association started on the same day.  Other national association sponsors included The U.S. Chamber of Commerce,  NFIB, NSBA and the NAM.

Boddie, throughout his career at startup businesses, Fortune 100 and chambers of commerce, worked extensively with dozens of SBA District Offices, all 10 Federal Regional Offices, and directed SBA Chief Counsel for Advocacy State and Local Affairs during the Ronald W. Reagan and George H. W. Bush administrations.

Beginning in 2003 during the Barack H. Obama administration, SBA Headquarters recruited him as one of the small cadre of volunteer judges to assess nominee portfolios for SBA's Washington DC District, Philadelphia Regional and National awards program for seven years that continued into the George W. Bush administration.

In brief, Boddie's reputation for hard work enabled Federal Allies to take a leadership role with SBA and SBA National Small Business Week on day-one of the national association's existence.

Combined with Federal Allies, the membership was afforded opportunities to meet with the Presidents, Congress and a who's who list of professionals on critical small business issues.

In 2020 we are facing unique challenges together. However, American small businesses continue to play a central role in building a strong country, prepared for any obstacles in the future.

More than half of Americans either own or work for a small business, and they create nearly two out of every three new jobs in the U.S. each year. As part of NSBW, the SBA takes the opportunity to highlight the impact of outstanding entrepreneurs, small business owners, and others who support entrepreneurship from all 50 states, Washington, D.C. and U.S. territories. Additionally, this year’s NSBW will recognize the small businesses who have navigated the coronavirus pandemic while supporting their employees and communities. There will be a number of presenters providing retooling and innovative practices for entrepreneurs as our nation’s small businesses look to pivot and recover towards a stronger economy. 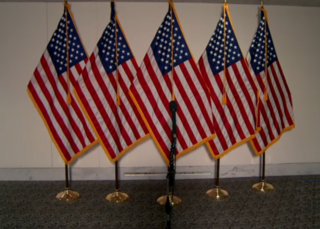 
Information provided is on federal acquisition and small
business.  It is not intended to substitute for legal or other
professional advice.

Federal Allies will review articles and assist candidate authors in creating the final draft if the article is selected for publication.  However, Federal Allies cannot guarantee publication within a fixed time frame and does not pay for articles.

To Submit an Article, write Article@FederalAllies.org.

When you submit your article to the Federal Allies Institute, you also need to submit a brief bio, which is printed at the end of your article.  Additionally, Federal Allies requests that you provide contact information that is also published with your article so that readers may follow up with you.  All authors receive three complimentary copies of any printed editions in which their article appears.

Submission of an original and previously unpublished article constitutes a transfer of ownership for First Publication Rights for a period of 90 days following publication.  After this period, full copyright ownership returns to the author.  Federal Allies always grants permission to reprint or distribute the article once published, as long as attribution is provided for Federal Allies Institute as the publisher and the edition in which the article appeared is cited.

Articles must be submitted electronically in MS Word or equivalent editable format.  Minimum of 300 words.  Maximum of 1,000 words.


We appreciate Editorial contributions from:

The Federal Allies Institute was formed at Joint Base Myer-Henderson Hall in 2008. Since 2008, eight national FAI conferences have been held at JBM-HH located in Virginia, and also at Washington, DC and Oklahoma.

Press: To ensure delivery,  add communications@federalallies.org to your address book.

Board of Directors Meeting Scheduled

Federal Allies Institute Board of Directors

FAI Public Request for Regulations to Amend or Eliminate

FAI Board Election Results & 2017 Board